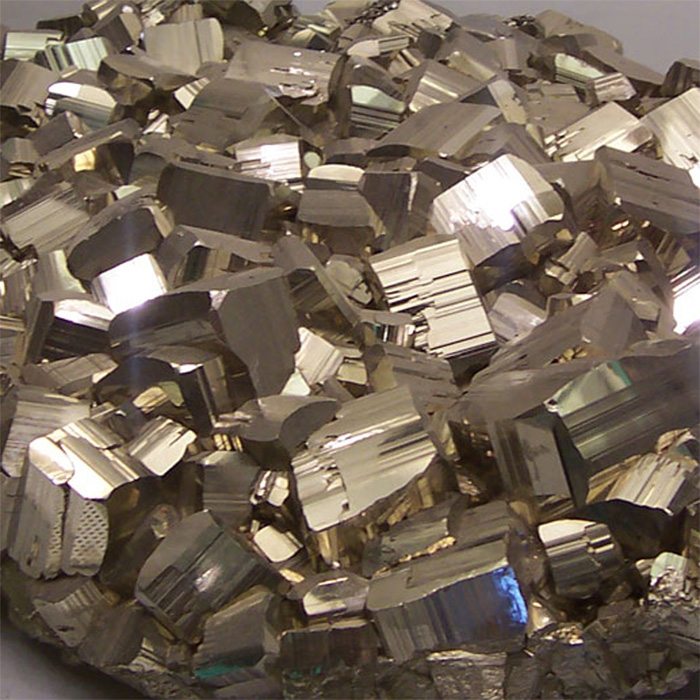 Special Notes: Most of my pyrite pieces have names like “Fooled You” or “Trickster” or “Gotcha!” because the common name for this interesting mineral is “Fool’s Gold.” It might look like gold, but it is actually iron, well, iron sulfide (FeS2). Pyrite is the most common of the sulfide minerals and is used as a source of sulfur for the manufacture of sulfuric acid. The name pyrite is derived from the Greek purits, “of fire” or “in fire.” Pyrite is usually found associated with other sulfides or oxides in quartz veins, sedimentary rock, and metamorphic rock, as well as in coal beds.

Pyrite is also commonly found as a replacement mineral in fossils. Here is what happens: an animal or plant will die and its organic cells are replaced by mineral crystals – it become fossilized over geologic time. Once the fossil has formed, its environment might change and the original minerals that replaced the organic materials are themselves replaced by pyrite. The end fossil looks like a golden version of the fossil. See examples in the pyratized fossils section of my website.

Despite being nicknamed fool’s gold, pyrite is sometimes found in association with small quantities of gold.