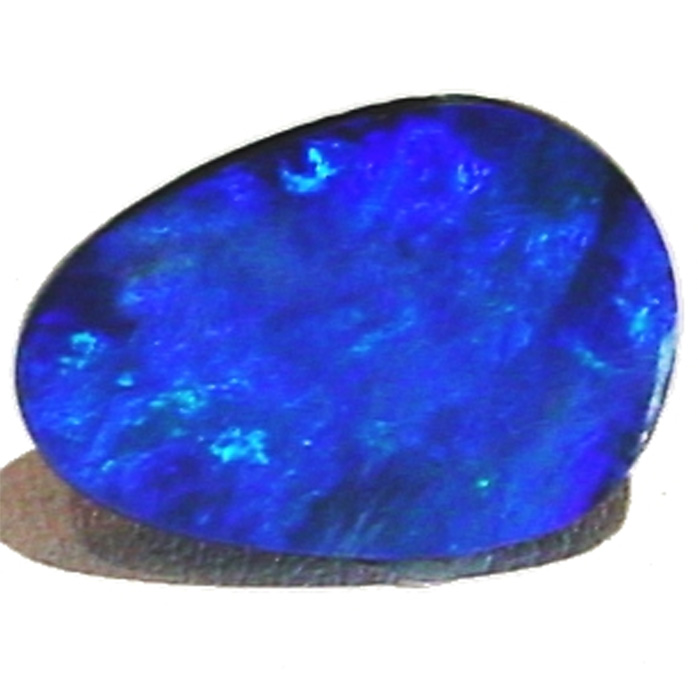 Special Notes: Opal is an amorphous form of silica related to quartz, a mineraloid form, not a mineral. 3% to 21% of the total weight is water, but the content is usually between 6% to 10%. It is deposited at a relatively low temperature and may occur in the fissures of almost any kind of rock, being most commonly found with limonite, sandstone, rhyolite, marl and basalt. Opal is the national gemstone of Australia, which produces 97% of the world’s supply. Opal’s internal structure makes it diffract light; depending on the conditions in which it formed it can take on many colors. Opal ranges from clear through white, gray, red, orange, yellow, green, blue, magenta, rose, pink, slate, olive, brown, and black. Of these hues, the reds against black are the most rare, whereas white and greens are the most common. It varies in optical density from opaque to semi-transparent. For gemstone use, its natural color is often enhanced by placing thin layers of opal on a darker underlying stone, like basalt.