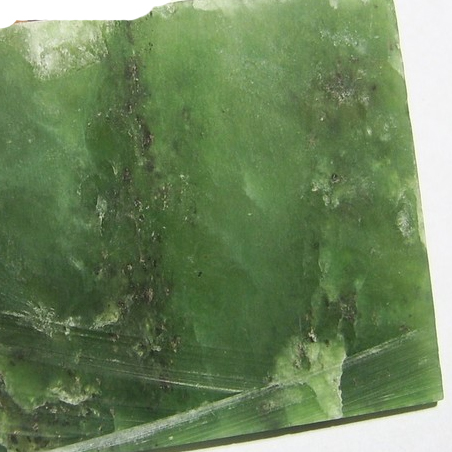 Special Notes: Jade is luckiest stone in history. It has been used by man for over 7,000 years – first as an ideal material for weapons and tools and then as the ultimate decorative stone for millennia. In China, it was known as ‘yu’ or ‘royal gem’ and was comparable to gold and diamonds in the Western tradition. It was used only for high ranking families and was carved into stunningly complex figures and symbols. In Confucian tradition, it represents wisdom, justice, compassion, modesty and courage. Jade was also important to the Mayas, Aztecs, Maoris and ancient Egyptians who believed it was as symbol of love, inner peace, harmony, and balance.

Jade is actually a generic name for two different minerals: nephrite and jadeite which have only been determined to be separate by mineralogists in the 19th century. They are both tough, dense, close-grained, matted aggregates, but they differ in chemical composition and colors. Nephrite ranges mainly from mid to dark green or grey-green, but it can also be white, yellowish or reddish. Rarer, and somewhat tougher, jadeite displays hues which include green, but also white or pink, and reds, blacks, browns and violets. In both minerals, the way the color is distributed varies a great deal.