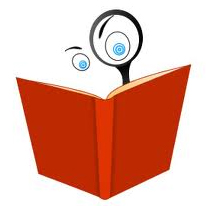 What’s the Diff? Don’t Gloss Over This Info!

Read the quick glossary below so that you can be one of us (or at least sound like you are :-).

Elements: Elements are the simplest substances and cannot be broken down further using chemical methods. (Elements can only be changed into other elements using nuclear methods – and we don’t want to go there!) Elements are defined by the number of protons they have in their nuclei – their atomic number in that pesky periodic table from 8th grade. There are more than 100 known elements (only 92 of which occur naturally) and, either singly or in combinations, elements make up all known matter. At 75 percent, hydrogen is the most abundant element in the universe, followed by helium at 23 percent and oxygen at 1 percent. The other elements make up the remaining 1 percent. In the earth’s crust, oxygen (47 %) is the most abundant element, followed by silicon (28 %) and aluminum (8 %). “That’s elementary, my dear Watson”

Minerals:The term mineral is used to describe a solid material which has a definite, fixed chemical composition. Minerals are homogeneous, naturally occurring, and inorganic solids. A mineral may be a single element such as copper (Cu) or gold (Au), or it may be a compound made up of a number of elements. The specific chemical composition of each mineral translates into a regular geometric arrangement of atoms (its crystalline structure) which results in geometric shapes and regular crystal faces (which are sometimes visible to the naked eye.) For example, a crystal of quartz (SiO2) is always hexagonal because of the way the atoms of silicon and oxygen join together.

Minerals are not organic – they have never been alive as plants or animals.Neither are minerals man-made substances. Minerals have to be naturally occurring in the universe without us messing with them. We call pieces of minerals “specimens” because every piece of that mineral will have the same chemical composition.

About 2,500 different minerals have been discovered and classified.Telling them apart requires testing them on a series of physical properties: luster, hardness, streak, color, specific gravity (relative density), rupture (cleavage and fracture), transparency, magnetism, and reaction to hydrochloric acid. Good, reliable mining sources that you trust to tell you what it is when you buy it are a great shortcut to all this testing

Crystals:A crystal is a solid material whose constituent atoms, molecules, or ions are arranged in an orderly, repeating pattern extending in three dimensions. Because all minerals have a fixed chemical composition, they are all crystalline. This means that, grown or evaporated in ideal conditions, all minerals would have perfect crystal forms that we could enjoy with the naked eye. Reality being the bummer that it sometimes is, however, most specimens of minerals are a mish-mash of crystal growths that often look like a blob or lump. When you see a large, clearly formed crystal shape in a mineral specimen, consider yourself lucky and the specimen rare and valuable.

Tying back to an earlier newsletter, druzy specimens of minerals are fantastic because they have huge numbers of little tiny crystals, all the same shape, or the mineral on the surface. Not only do you get to see the color clearly, but you also get that added “bling factor of seeing so many tiny crystal faces all aligned.

Rocks: Rocks are made up of one or more minerals. They form in one of three ways: igneous rocks forms from the cooling of molten lava; sedimentary rocks form as layers of accumulated sediments are pressed together over time; and metamorphic rocks form from older parent rocks (either igneous or sedimentary) when they are under intense pressure/heat deep inside the earth’s crust.Because rocks form under rather intense pressure and heat, the minerals that make them up get all jumbled together and don’t usually have a chance to form visible crystals.

Rarely, rocks are made up of only one element.Some lucky leprechauns have found rocks of gold (or silver). Jade and lapis lazuli are also found as rocks. The vast majority of rocks on Earth, however, are made up of combinations of minerals – most including quartz, feldspar, and hornblende.

The most embarrassing moment in my academic career happened on a geology fieldtrip. We were spread out in an area working to identify as many rocks and minerals as we could. The professor caught up with me while I was studying a very colorful and visually interesting conglomerate, trying to identify its constituent materials. “You do realize you have been staring at a concrete piling, don’t you?” he asked and walked away with a smirk. Who says that brunettes can’t blush beet red? That you can’t die of mortifaction?

Stone: Stone is a generic term used to describe any of the naturally occurring solid materials which make up the Earth. A stone is a fragment of rock that can be classified by its shape and size. The name stone is typically given to pieces of rock that are the size of gravel, cobbles, or boulders.Stone is not used to describe the really small fragments that make up sands, silts, and clays. However, stone is a term that is not widely accepted in the geological field so it is mostly used as a layman’s term.

Gem/Gemstone/Jewel: A gem is a piece of mineral, which, in cut and polished form, is used to make jewelry or other adornments. While almost all gems are minerals, certain rocks (such as lapis lazuli) and organic materials (such as pearls, amber or jet) are used for jewelry, and are therefore often considered to be gemstones as well. Most gemstones are hard, but some soft minerals are used in jewelry because of their luster or other physical properties that have aesthetic value.

Precious or Semi-Precious Gems: Gems are semi-precious or precious based upon their color, availability, and desirability. So, if they are pretty, rare, and everyone wants them, they are precious (read expensive). The four most precious stones are emerald, diamond, ruby and sapphire. Pearls and opals are sometimes included in this category. Interestingly, until they discovered huge Brazilian deposits of it in the 19th century, amethyst was considered precious (and royalty reserved this gem for their use.) Even in the last century certain stones such as aquamarine, peridot and garnet have been rare and popular and therefore been called precious. Currently, the line between these two categories is even blurrier Designers have used the most common gems in their most expensive pieces, and others use forms of the precious gems in costume jewelry. Unlike commodities which the market prices based on supply and demand, art and jewelry set their values with aesthetics and design.